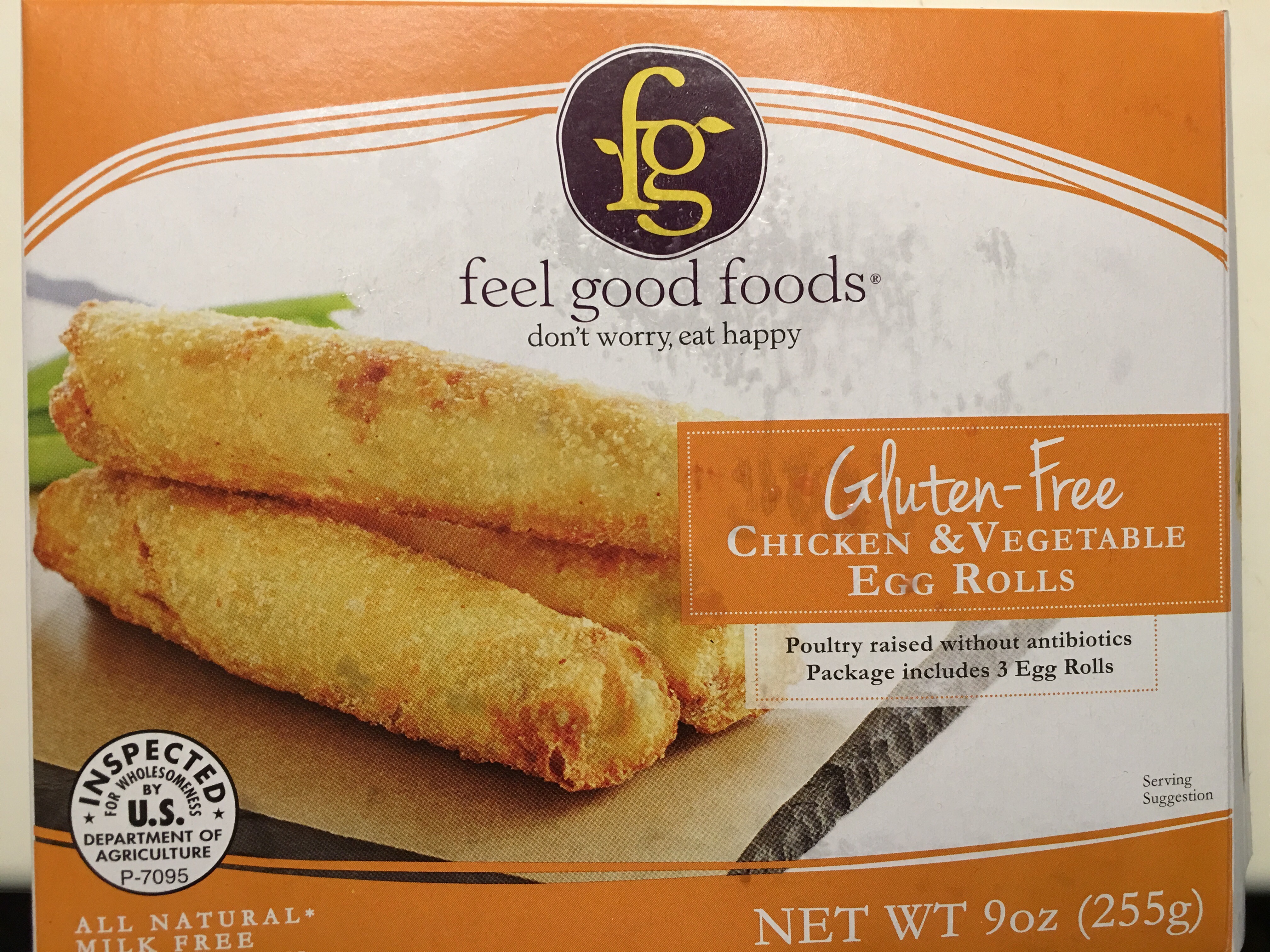 I grew up on Long Island, Mecca of good Chinese food and pizza. For my birthday I always wanted Chinese: egg roll, wonton soup and maybe some chow mein. I’m sure it was authentic ethnic cuisine… But who cares? It was so GOOD!!

As I got older I branched out. Hot and sour soup? Yes. Curry chicken and onion? Yes. Shrimp with lobster sauce? YES! It was all good.

Then celiac disease became part of my vocabulary and life and away went my beloved Chinese food. I haven’t stepped foot in a Chinese restaurant in 5 long sad years. I have learned to make egg foo young even better than any I’ve had in a restaurant. I can make stir fry. I’ve made egg roll in a bowl. I’ve even made egg drop soup (easy!). But egg roll in a bowl aside, nothing has replaced a genuine fried egg roll or wonton soup 🙁

So I tried these from Feel Good Foods. Not bad. They get the wrapper just right. It bubbles when you cook it. Perfect. The filling? Ok. It has flavor and it’s close but they put bell peppers in it. In my 42 years I have never heard of bell peppers in an egg roll. Never. The average shrimp or pork egg roll has the meat, finely shredded cabbage and maybe carrots and that’s it. There are no bell peppers people!!!!

All in all however, these are pretty good. One roll has about 130 calories and is just enough for a snack or appetizer. It’s not health food by any stretch but for that occasional craving? It’ll do the trick without making a mess of my kitchen!